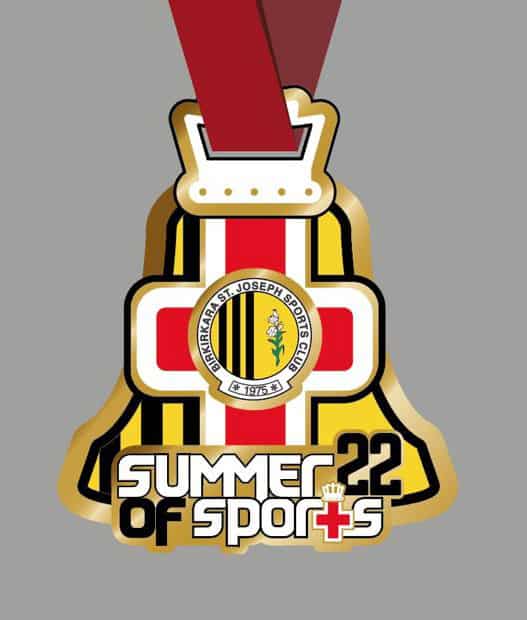 Birkirkara St. Joseph Sports Club unveiled the medal which will be given to all participants of its 2022 Summer of Sport.

The bell-shaped medal, designed by Delta Media Services, incorporates various elements that mark the Club’s ties with its namesake town. The bell, aptly named Helena after the town’s patron saint, is nearly a century old and was made by Barigozzi Bell foundry of Milan. The interior part of the bell shows the Club’s black and yellow colours, whilst the cross found in the centre of the medal and within the text ‘sports’ denotes the town’s Local Council’s coat of arms, which consists of a plain red cross, surmounted by a crown.

The Club’s Summer of Sport will kick off on Sunday 8th May with the first race of the four race Sprint Triathlon Series in Salina.